A downloadable game for Windows

Babel is a short game about loneliness, personal boundaries and the awkward, vulnerable experience of inviting an online friend to your house for the first time.

Listen to the disembodied, voiceless words of your new friend and go through their home, exploring everything and having small, meaningful moments along the way. Is the house more than just a house? Just who is this invisible friend of yours? That's for you to decide during this short experience.

Examine all the interactable objects in a room in order to proceed to the next one. You can examine an object by looking at it from up close and pressing E.

Move around with WASD.

Press ESC if you need to tweak the game settings or leave the game.

Babel was written and developed by Alpar, programmed on UE4 by Giorgos Lazaridis and published by Heat Haze Games. Music by Matti Paalanen and James Opie/Nihilore.

If you'd like to, you can send a small donation here.

Once you've downloaded the file, run it and install the game.

If you have an AMD card, once the game is installed you can go to the AMD software and "add" Babel to the list of games, which would help it run smoother.

Liked the concept, but I'd suggest either highlighting the objects or making only some of them mandatory to move on, and maybe rewarding the player for finding them all, given that it's a self-guided tour. Maybe the disembodied friend kicks you out or eats you for not showing enough interest in them, qnd the stargazing ending is the reward for finding everything.

The couch made it difficult to get in range of the deer pictures, so I got lost for a while, but I did find it eventually. It's definitely a good start!

Played your game for my video! Cool game, graphics are nice, I wish there was a bit more lore and context explained story-wise, but I like it! 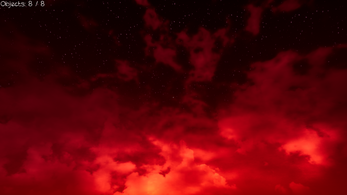 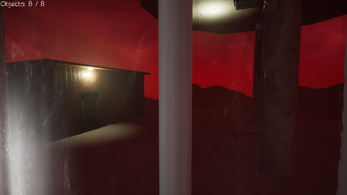 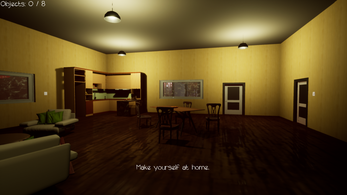 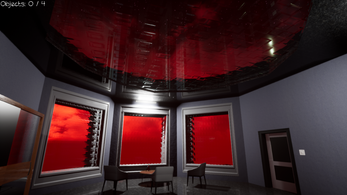